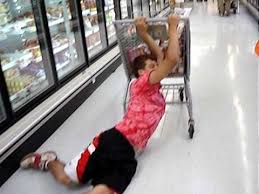 Feeling frustrated today on a few levels—not exactly sure why. Socially, nothing seems to change, there is no grand revelation, the criminals continue to get away with the proverbial It. Personally, and I’m sure it’s exacerbated by this weather, it feels like Groundhog Day, and that things show no sign of altering, but for the weather. Stella stresses the weather within a lot; and I’m all about it now. I can feel my body screaming for a change. For sunshine, for fish oil, for something, gods know what; and I wish they’d tell me.

My fingers have been hurting of late and I already have that weird pull thing in my palms along my ring finger line; I think I know what it’s called but I hate saying the words, but it ends in “contracture” and it’s a thing that people from North European descent often get, especially men. Also I had a terrible car accident fourteen years ago and gripped my steering wheel so tightly in the midst of it that I bent it down flat nearly. I would actually prefer it was that then the contracture thing that only gets worse. Every paragraph can end with the sentence. So I should go back to yoga.

I am determined to have my most successful “busy season” ever. And that entails in joying working more around the clock; spending time in my office in the evenings, writing and organizing and corresponding and all that. I’m having a late Lent so the boost in my healthful practices should have some kind of positive impact. I will likely cut my hair—I haven’t since October, if you can believe it. That’s six months ago nearly, holy merde. My 1985 Mercedes passed inspection this day without a glitch. Which made me feel hopeful. I thought if Old Yeller could do it so can I. Pass inspection that is.

Most often, I will share, it isn’t the what but the how. We trip ourselves up a lot on the what. But some days you just have to do what’s right in front of you. Or you get thrown a curve ball, money wrench, fireball to put out. So what if you looked at life as all of that. In other words what if there were no such things as distractions but just priorities and you fielded what was necessary in the order the Universe prescribed. The macro and micro cosmic universes that is, because most often, yes, the call is coming from within side the house. But there is this little invisible traffic cop at an intersection under construction and he can only let traffic go one way at a time. You have to say STOP to the inner mandates, often, to let the outer ones have right of way.

We walked out of Stop n Shop leaving a half full cart of food. It was ridiculous shopping at this local nightmare; they were making nonsensical phsical changes so everything wasn’t where it has been for a thousand years; but when asked a question, the staff was so surly, dismissive and generally unhelpful, we were like, you know what we outta here. So we drove another twenty minutes to Whole Foods, which, I’m sorry, is still shopping Nirvana. Everyone is so nice and friendly and everything is so fresh and organic (everything at the other placed looked green unless it was suppose to). We filled up for the week and then had a super early lunch at my favorite spot around Orleans, Sunbird. I always get a smoked mozzarella and kimchee sandwich on sour dough, with a hot turmeric, ginger, cinammon, honey and coconut milk. Again more Nirvana. Honoring thyself. Nothing bad ever came from that