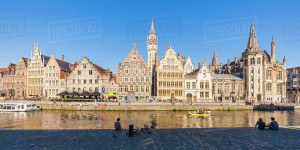 I was supposed to have known what I was going to say before I sat down. Typically I write early in the day before the bric-o-brac of quotidien life takes it’s toll in distraction; and especially on a day like today, the day before embarking on a trip for which I have neither packed nor prepared. And now we might be singing day is done and I’m just now here, after hitting myriad marks, multiple places, lastly in the kitchen, where, as is always the case, I get my best ideas and breakthroughs, mini or large. I like the word stout because it sounds like what it is. It’s onomatopoetic and that’s always tops with me. And I did get a newsflash while sautéeing oninion and brussel sprouts with chili flakes, anchovy and spanish almonds that I had the perfect entrée into today’s Blague, which has been on my mind writing since I hadn’t done this morning. Yet somehow in the journey up the stairs to my office so-called I lost that entry point and, I know myself, I’m not going to remember what it was. Correction: I”m not going to try to remember what it was. There’s little point in so doing.

Meanwhile, yeah, I’m heading into Boston tomorrow for an event at this terribly chic shop called All Too Human in the Back Bay. It’s the only real fashion and concept store in town and we are doing these “quick-n-dirty” readings for customers who get a discount that gets donated to the newer leg of my non-profit, simply called Glow (tagline: “A Moveable Festival”) that is hinged on creating a circuit (starting) in New England where we can present our “family of artists” so that these talents have more regular gigs in the region and we find and elevate audiences in places where our progressive performers have never gone before. I’m into it! Sorry it’s hard to concentrate because of the (non-) findings of the Mueller probe, also so-called. Oy. One must now completely not give a flying fuck.

I am now in reggae heaven listening to the radio. It strikes me that the men singing, song after song, seem to be so in love with god with whiffs of narcissism; that is to say, knowing how misogynistic the culture is, the primary relationship with men (at least how I interpret their song) is with (what maybe they don’t realize is their own) higher power. Ja.Women are relegated in the culture and one has to wonder why. I think the interpretation of sex by the male has been one of domination because they enter in; when the position of the female is, as the great receptor, the prime mover who needs a second sex as fertilizer. Even a no bull-shit man isn’t wont to define himself as such. Still there is something so special about good reggae that makes it the best mood music in the world. I could really sink deep into miasma of it—very good Pisces word, miasma. I will have to use that later when I’m revisiting some Pisces material I’m working on. Just one of those pin-in-that thoughts that arise and one writes with regularity in this forum.

From Boston we will continue on to New York this week, where professional meetings await but, also, where some long overdue social time will be had. Coincidentally a Belgian friend from S’s Dries Van Noten days just emailed her to say any chance you’ll be in town as she and her Italian husband will be visiting without their children and could we possible. Well, yes, indeed we can. We will be staying at our home away from home there and it has a marvelous downstairs lobby bar and restaurant that gets very busy; but we can reserve a space I imagine. And, oh, the Belgian connection. That does bring me back to the top of today’s Blague, reminding me what I was going to lead with: In a sleepless night last night I wanted to turn on the TV. Let me begin again: I’m a sucker for overblown historical drama TV series, the likes of which appear on Starz—”White Princess”, “White Queen”, all the ancient white people, “Pillars of the Earth” and anything with a Merlin or a Louis or a Henry in it—but I’ve run out (and I draw the line at something like Spartacus because it’s really just softcore gay male (or straight women?) porn.

But I did happen upon something called Maximillian which is about the eponymous son of the Holy Roman Emporer and his relationship to Marie de Bourgogne. Anyway it is in French and German and Flemish with English subtitles and so I can watch it with the volume on one or even zero (though I do require at least hint of sound—that goes for porn, too) so as to not disturb the one lying next to me as I binge from two to five a.m. Much of it is set in Ghent, the seat of Marie’s duchy, and the sets are perfectly that breed of ornate, gothic, minutely detailed architecture that one encounters in Flanders and I was brought back to our days in Antwerp at the summation of our youth feeling and sowing our wild Belgian oats. And I was musing on the people we met and thinking about all the friends S brought into our lives from her time at Dries. And then voila, out of the blue, this person wrote this same day, someone we haven’t seen in near exactly twenty years, to say that she will be in NYC then same few days we shall be this week which I love.