Today a ladybug emerged, flying up, from my desk and landed again. I played with it awhile then put it outside. I was vaguely wondering where it came from and then I realized I’d brought forth a large pad of newsprint paper on draft many of my ideas with Sharpies of varying colors, given to me by my friend Tim of Tim-Scapes. 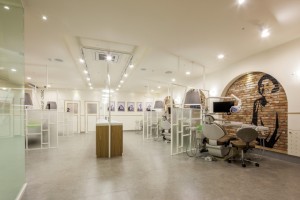 Now on with the Minority Report Al Dente

Our experiences had been different but similar. Let’s just say it was all about total reconstruction and being ushered into a room to talk about loans from a company, here you go, we just happen to have information about this company on hand; plus the mention of and a request to take a biopsy—denied—of what turned out to be a burn from a jalapeño. So $1K lighter, with dirty teeth, and a document with a diagram of a mouth with notes indicated where my eighteen cavities were lodged, I left. I needed time to settle and regain objectivity. And I’d be going back and could have questions answered.

I called to schedule the follow up visit and the cleaning I hadn’t had, and set the time, and the assitant’s soothing voice on the other end of the phone quoted me yet another astronomical, not to mention just plain shocking, price for the appointment. Um. I already paid $500 for my visit alone and I didn’t get a cleaning and anyway I was going to come back and talk to the doctor about what seemed to me to be an impossiblity: eighteen cavities. when I’ve never been diagnosed with a cavity in my life. Sorry that’s the doctor’s policy.

Well I said I’m not coming back. Days later I see a charge on my card for another $TK amount from this doctor’s office. Now I’m pissed. I call. Oh it was for something or other and then it wasn’t; ultimately it was a mistake; another sorry; it gets taken off my bill. I write the whole thing off because I’m busy and fuck it. I don’t always have the bandwidth to fight battles. You understand. Sometimes you have free time and you’re like: Okay, I have time for this. But, mainly, not.

Over the near three years since, when I’ve seen other dentists who still say I have no cavities. And during which time I’ve asked around—do you go to doctor so and so? and do you? and what’s you’re experience; uh, huh, and yours? Okay. Seems people are pretty well split. There are those who have had or heard of friends who’ve had similar experience to us. But, I’d say equally, a great many people have the near opposite story to tell, where the doctor shoots the works on them and charges them precious little. And some folks shrug their mouths into frowns at the mention of my eighteen phantom needed fillings.

So I sent a polite note asking the doctor, again someone with whom I’m cordial, to offer some kind of explanation. Instead one of his hygeinebots got back to me to say the doctor doesn’t feel comfortable emailing me answers (I bet he doesn’t) but that I was welcome to come in for a consultation. Or no you don’t. I said I wasn’t interested in that just some kind of understanding as to why our experience had been diametrically opposed to other patients. My question was answered with a question from the receptionist: What prompted you to write now? To which I responded: Well in the last nearly three years I’ve seen three dentists none of whom say I have a single cavity and in that same nearly three years I have heard such wildly conflicting accounts regarding the office experience chez le docteur, with whom I reached an impasse. I then said, then, in lieu of an explantion I would appreciate a full refund for my office visit for which I received nothing but a bogus diagnosis and no cleaning. We shall see what comes of it.

Somewhere at some time the future me might commit the crime of eighteen cavities, but at this point and likely for decades to come my mouth should be presumed innocent.