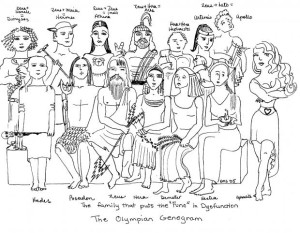 Dinner at Uni last night really was delicious. There is nothing like just going downstairs in your hotel to eat. And Uni is so good and I suppose needs to be quite pricey. I wish the Eliot had coffee in the morning. They don’t. It’s there most dire drawback. They could just install someone on an espresso machine inside the restaurant in the morning. I’m going to talk to them!

So after walking to Great Barrington on Newbury for coffee, we came back to see two favorite longerm clients; then we beat it and had sushi at Whole Foods in Hingham after spending $400 shopping…for two people. We got cheeses and Lambrusco and chilled the ef out. It was glorious as we gear up to May, so much possibility and positivity to look forward to. And May is a sexy time, too, no, lest we forget. Not that my own loins are so springy never mind surging. Did you ever hold a baby and feel your loins surge as a young, well, man I’m assuming, unless the ladies can do it to?

What’s a matter with me. Why am I so weird. I don’t know. I’m like a bonne vivant viper. Seriously I am so mean, and I don’t mean to be. I take things really personally. I learning not to but oh em gee which means something else when you type it: oh, em….gee!

This might be a funny thing to explore: Why it is that I am at once the nicest and cruelest person in the world. I got that Libra Medea Medusa thing going on, in male form, which is fitting of the Apollo archetype; for the god of light and truth and reason and music and poetry and all beautiful abstract aspects associated with his sign, (ruled by Venus on the astral (air) plane, ruled by the Scales the sole inanimate in the Zodiac), Apollo is also most cruel, his arrows causing searing pain, and his mythic punishments being pretty nasty (this is a hopefule statement I want to fully fact-check).

And again Libra is a blend and it can be a lot for people. I own that. I have never claimed to be an easy character to deal with, truly not. Anyway, I am terribly flawed and given to fits of fury and flights of phantasmagoria. The trick has always been to try and tame this driving force. I know I put people off. Many people probably. I may be known to be prickly but I’m just as sweet and juicy a peach. And I make the bestest friend I truly do.

But I can be a stone cold bitch. One doesn’t think of Apollo as being warm and fuzzy. That’s more a Dionysus thing. I love the gods, all, and always have. I have always known they are immortal and I don’t believe the have the provenance to die.