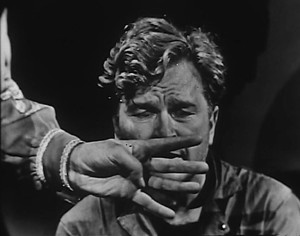 Today was the kind of binge watch I live for. Recordings of “Trust” and “Silicon Valley”, which is knocking it out of the park this year, plus Barry and “Howard’s End” and Paddington2 and Wonder Woman, with some “Troy”s thrown in for good measure. As of Mayday, one doesn’t watch anything but dwindling “Drag Race” for a giggle. I can truly wait on all other things, televisual.

My sleep was weird and I was up during the night, and up permanently by four when I had sardines on toast. There was very little to clean up after being alone these days to make the world sparkingly presentable to the returning goddess who was truly divine in that she brought duck liver paté, le tur cheese and innumerable crackers. It was a binge day all around, though we shared just a little Lambrusco, a word that might appear most often of any in this Blague of late. And then just as quickly, it will disappear

Going wineless for the next fortnight. Fortnights are the best I can do without red wine that tastes of violets and manure—if you’re lucky enough to be invited to my house (once a fortnight) you might get to taste our gorgeous house red. In between times I am looking at reducing. So red and reduce, red and reduce. Anyway with summer here I spend a lot of time in the car between Provincetown and Wellfleet By The Sea.

There is so much more to write between 5 and 7 am….and I’m just at my computer these days at 7 so I must try to step things up a bit. With the warm weather and the extended days of light I can have had my outside time and still get a whole bunch of work done between the pm version of those hours, so six of one half a dozen of the other, a terrible expression invented by a so-so mind, I’m guessing. I’m also grasping, reaching, feeling somewhat overextended these days to be sure.

One of my first television heroes was Oliver Douglas. I remember already relating to his experience of being surrounded by crazy people—people of the town to which he insisted on moving—even his wife, who didn’t want to go there. And since it was his idea he was determined to make it work. I think I related to this because my family of origin—father, mother, sister—were all absolutely bonkers in their own way. And I was the odd man out. I said in my adolescent years, upon witnessing the opening credits of Superman two, when three prisoners are trapped in a prism spinning through space—to me that summed up the rest of my family’s karmic relationship, to which I was just an accessory.

Green Acres, which played on the theme, perhaps of the grass being ever greener on the other side, to me was a metaphor for growing up in an alcoholic family where the crazies are normal and you’re made to feel crazy, gaslighted from the getgo. Green lighted and gas lighted. Bob Newhart, Bob Hartley, was the same, really. His wife wasn’t bonkers like Oiver’s, often aligned with him, which was a bit more comforting, but everyone else was off the wall except for his crazy patients who always ended teaching him a lesson.

If I were to consider myself a comedian, which I’d like to do—or at least a comic writer of sorts—I suppose I don’t keep my jokes secret the way others do, but pour them out daily, if they come via this Blague (means joke in French), which, the irony being, nobody really reads. And I’m kind of fine with that, strangely. I am secretly really quite shy. But this is a year where I really have to challenge myself and fail doing it or else I will go on feeling rather unfulfilled. And then those crazies hurtling through space in their prism, really will have won.

Back To The Beach