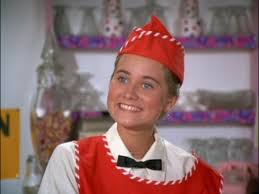 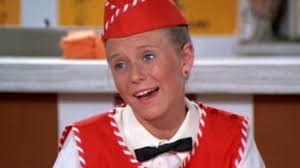 You remember the Brady Bunch episode where Marcia helps out this nebbishy girl (she wears glasses and her hair up) helping to make her popular and then the girl gets all uppity hanging around with some in-crowd and starts treating Marcial like a pleb? Why this theme is recurrent in my own life I can’t tell you; but if I had a dime for every character who came into my life seeking help and a certain solace, if not asking for endless favors, only to leapfrog over me to target the more (fill in the blank) of my friends or associates, I’d be a rich bitch today. But Marcia and me, we’re better than that, so we don’t dignify such situations. I just put it into my Blague while she takes it out on Jan. Poor Jan. I always dug her side-part though. Weirdo that I am, my crush was always on her, not Marcia. “Sorry Marcia but I’m going to have to let you go. You’re a good worker, Marcia, but Jan here is just a little bit better.” Waaah-waaah. The upshot being, of course Jan was the better worker—she had to be.

Whereas this used to really get under my skin I now just kick into observer mode when it happens, realizing that a good part of this sort of thing is normal (although not for me); also, as I get older, sad but true, I tend to stick close to an intimate circle(s) of friends I’ve had for decades and really don’t make new ones. It might be a guy thing. Women seem much more capable of forging meaningful platonic bonds, regardless of their age; I on the other hand, quite simply, don’t. To be honest, I wouldn’t even know what the forging of a new friendship would look like; I think it’s different for people who work in a team or group setting; everything I do, but for consultancy with S., I do alone. The only reason this isn’t terribly scary is the sheer number of people I do interact with via the consultancy, keeps me from losing my faculties for language or social interaction. Still, I have always felt like that Reses monkey (spelling? I don’t have time to check—see below tag).

The invitation to see Cursed Child on Broadway arrived today and I’m so psyched to see it with the original cast. As it turns out we are in NYC in any event meeting with clients old and new. Ah, April in New York City. I love the blossoms along the river on the walk to Battery Park, that stark pink against the periwinkle sky. Can’t wait. I want to take a long, long walk—not off a short pier. And I’m already tasting my dinner at Indochine. Sorry but these are the things that excite me about New York. I’m feeling generally excited anyway, though not too-too. It’s enough right now just to keep it real and hit some marks; but I’m trying to go on instinct these next several weeks and just know “generally” what needs to get done, whilst not being all schedulely. Things are often simpler than we make them. It is always about letting not making, anyway. The great unfolding (not to be confused with the dreaded unraveling).

Watched two things on the screen last evening. Part One of the Garry Shandling doc bu Judd Apatow and (no she didn’t) I did end up watching Roseann for sentimental reasons. It wasn’t good. I saw what they were trying to do—pitting the political debate between Roseann and Jackie but the “democratic” Jackie was the jester-buffoon in the pussy hat. Anyway, I did love the Garry Shandling and, as neurotic as he might have been, his journaling made me feel more normal. Although he was laser focussed in his notes-to-self on stand-up and making it, more, more, more…and I’ll write about pretty much anything, there was a similarity in the way that we outline what we need to do to achieve x, y or z. He really only talked to himself. I have you to talk to. But (who am I kidding?) I’m the only one both reading and writing this. Ha!