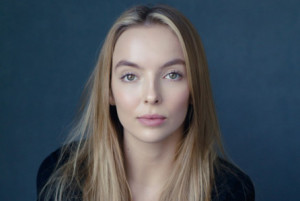 I’m in love with Jodie Comer which means she’s probably pretty butch. Though I married a statuesque brunette, as a child I was continually attracted to blond tomboys. Jodie Foster was the basic model of all the girls to whom I was attracted, from Jennie Hoey as a young child growing up in Jersey City—she swung perilously on the swings and hung upside down on the monkey bars and did all sorts of fearless non femmy things. The there was a string of blonds, fourth grade: Martha Bader; fifth grade: Diane Arpert; sixth grade DeDe Bartley; Moo Quackenbush and Audrey Smith in high school; and that girl Lisa who played lacrosse, hackeysack, ultimate frisbee and the like at University.

I’m a bit obsessed with Calabria right now, which is weird I know. It seems there are some fairly spectacular beaches there and I do trace my family from there so…for sure we are going to take a trip there next year, likely in keeping with our thirtieth wedding anniversary. Thirtieth, wow. We were meant to go to Venice on our honey moon—we actually might just make it this time. Anyway I’m going to keep researching the places and get a handle on what’s what. None to shabby to be able to get to Rome on a whim too. If I have to be in America then this part of the world is great. If I don’t have to be in America, there are so many places to discover and explore.

I had some thoughts on what to say to Endicott:

I wanted to collect my thoughts and also I know you’re going to be driving when we speak so I thought I would type out the following off my head and then sort of read to/paraphrase for you on the phone. But this way you can have my side of the conversation in black and white in any case so you can digest at your leisure. Here goes:

We received a total of $6K from NEFA as a “planning/expedition” grant to indeed plan a tour throughout New England. It isn’t a ton of money and it must cover all aspects of planning, outreach, admin, travel to meet venues, promotion, marketing materials, media kits as well as pay the act something which, in this case is a big band/cast. (There is a separate grant one can apply for subsequently that we can actually use to the tour itself, defraying costs thereof, but that is likely to be even less than $6K.) And though this grant cannot be put toward “production” of the tour it can cover any work we put in on our end to present a “showcase” (air quotes are important here as you’ll see), which is what our conversation at hand is all about. I was truly inspired by our meeting at Endicott in terms of showcase (and what ancillary workshops might ensue) but also thinking larger picture which I’ll explain…

Afterglow can apply for this kind of “planning grant” for one New England artists per year—and for the subsequent “touring grant” once per year as well. (I’m not even sure if we can get the two grants simultaneously, we shall see. Anyway, in the example of Brian and the band, the venefit of the grant is self-evident. The benefit to Afterglow is that it provided us the motivation to start making inroads for presenting artists places other than Provincetown and at Oberon/ART in Cambridge. Afterglow would ultimately like to create a circuit of sorts—a kind of alternative, progressive neo-Vaudeville circuit—around New England in keeping with our brand. So yes in the immediate circumstance we are talking about a showcase for Brian and the band designed to proliferate their artistry and build them larger audiences via a would-tour AND I’m hoping this might also set a precedent for doing like-showcases in the future with Endicott for future recipients of this same grant, but I want to entertain the larger notion that this could be the start of a collaboration between Afterglow and Endicott which could be a key venue for us to present any and all of the seventy some artists we work with that strike your fancy. We could build a North Shore audience together (like I’ve done in Boston/Cambridge with ART) and Endicott could thereby develop its own reputation as an arts center that presents our artists who are more on the edge and are making waves in the performance industry if not headlines in the media.

So, lets imagine for argument sake as it’s helpful to do so: a futre where weare doing that ; and there are X many artists a year we produce at Endicott as one-offs or in a loose series or whatever, only one act/artist of which per year might be the recipient of this tiny planning grant and be presenting a “showcase”. For Brian and band and NEFA, yes, these September dates would constitute a “showcase”; but for Afterglow and Endicott and for the audiences we’re bringing in, the shows/dates should appear and function as any other show we might present there. So long as we slap on the logo and grant language on materials NEFA will be satisfied, and audiences wouldn’t much notice, nor should they.

When it comes to contracts and budgets, therefore, we should make a deal similar to deals youve made in the past with this or that artist and that we’ve made with venues in the past. (There is a slight difference with the “showcase” and I will get to that.) But basically the deal should be between Endicott and Afterglow with a split based on percentage of ticket sales. I don’t know what Endicott, given it’s budget to do this sort of thing has as their budget and what gets covered by that—venues differ slightly from my experience but not much. And what your standard percentage might be. That you’ll let me know. Afterglow would ask for a basic guarantee ( at least 80% of which is for the artist!) of say $1K against the guarantee with a single act/artists; for a bigger band like this one I would ask for $1500, say, total ticket sales going to the guarantee, but a) we typically don’t have acts of this size and b) in the case of the “showcase” here, Afterglow can actually “guarantee the guarantee”.

Let me explain that: In the grant “showcase” scenario what Afterglow can bring to the table here is the ability to keep some money aside as a buffer such that if we fall short of making the guarantee, Afterglow, not Endicott, will make up the difference (as again the guarantee in any and/or all scnearios mainly goes to the artists—here with the showcase it definitely all goes to the artist. Still, we should operate with the “showcase” here basically the way we would with any artist we are presenting