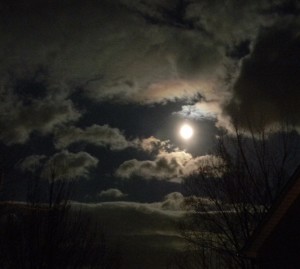 A new client today who brought out the psychic in me a number of times; that’s always fun. Spent the morning sprucing up the Blague site a bit. Turning a corner. I hope. The light at the end of the tunnel always looks different than you imagined. It’s a crunchy transition, but I know it will happen; I can see how the last two months’ worth of punching my way out of a paper bag yielded a plethora of glorious half-baked plots and quasidrafted memos and letters and directives. It’s kind of great. As if I tossed myself a bunch of heaps of half-shapen clay, into the future, for me to now pick up and finish off. Again, it’s kind of fun. I can’t tell whether of under or over achieving—neither I think. Productivity can go at a pacific pace; and I’m feeling confident about less being more.

I am keeping a vague eye on my tummy, which after a certain amout of time must be referred to as my gut or surely just my stomach. My father used to refer to his as what sounded like la banze; I believe this would have derived from la panchia or paunch. My father had more than a paunch, he had la banze, a big round mass worn rather high. I have the gene to some degree and can easily go there if I don’t watch it. So I watch it, ish.

We have a Full Blue Libra Moon tomorrow at 12:36 PM tomorrow. The Full Sap Moon (which is what we’re calling the second of March’s full moons). We won’t see another Blue Moon until Halloween 2020, and we won’t experience two blue moons in a year until 2037. I don’t know where I’ll be. The Libra Full Moon, Moon opposing Sun (and Mercury) in Aries, forms a T-square with Mars and Saturn in Capricorn. A certain personal mastery is required now to balance your will with your want; and the selfish aspects of self with those that require tandem effort. Other people write about astrology in this manner way better than I do. I’m better at the vibey not the nitty gritty stuff.

I will skip out on the Easter rituals this year looks like—to be honest it is the one holiday that I do skip out on most. I love the renewal energy of this time of year and I’m already feeling it for sure. I will take the Libra Full Moon to reflect on my ambition and personal development. Being a Libra, it impacts my own native Sun placement, my chart being somewhat nebulous as my parents didn’t recall my exact birth time; thanks. But if we say I was born around 6AM then Mercury would likely be on the ascendent from the twelfth house which makes sense given the psychic messages. This also puts Sun and Libra squrely conjunct in the first house where it makes me something of a aesthete, artist, effete perhaps, if not fey.

My Venus opposes Jupiter in the seventh, suggesting one-one-one relationships loom large just as an amplification in my own personal development might counter any soft, if not week, aspects associated with my sense of self. I do feel torn, perhaps, a little bit, this time, during this Libran Blue Moon, not spending it with my one true loved one; but I’ve been doing so much to’ing and fro’ing and I was just in Boston and I go again this week and the transience can negatively impact my mojo which is very again to motivation.

I can say this: that I’m happy to let certain chips fall where they may, while still fearful of what others may do so. I must learn to trust myself more to be self-caring and responsible. We are all like children asking for increased responsibility. Having felt abandoned one all too easily becomes ever more abandoned in their attitude and behavior. I wish to avoid any such lifestyle choices, because, at this point in my life, that’s what they would be. Comes a time when you can’t rationalize away behavior based on your conditioning. And people that continue to do so must also fall by the wayside.

Thus I feel that the Blue Moon in Libra, which some are calling the Full Sap Moon, is about rendering, coming to terms, deciding, even weighing out and valuing—all Libra actions. It’s not just about taking stock, it’s about paying up, thus karmic paybacks too. We are deciding who’s who and who does what and what worth things carry in our lives, whether they be interests, relationships, job, causes, art, pursuits, and so on. It is also time to put up or shut up, and to pick a dream and commit to realizing it, or let it go.